How to Make Twyla Costume 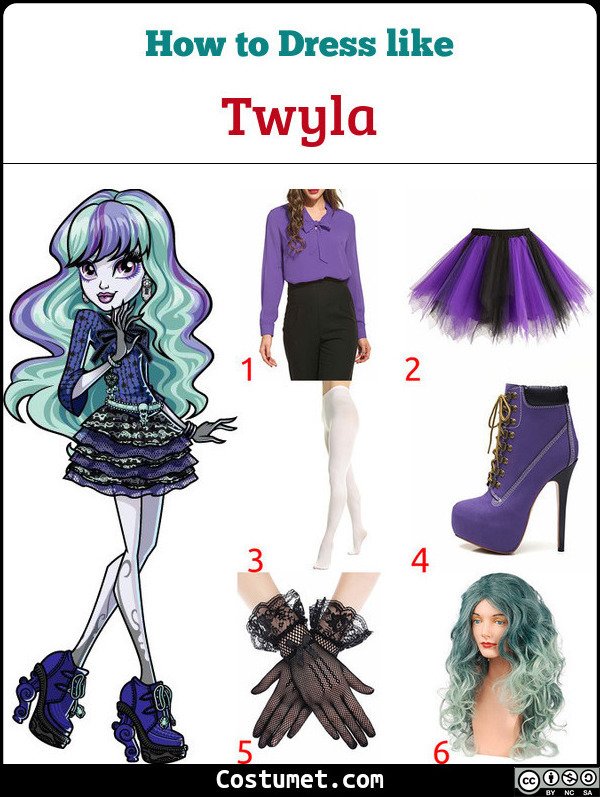 Twyla is the daughter of the boogeyman, which would make you think that she’s intimidating. But that’s far from the truth.

Twyla is actually a very reserved girl who likes hiding in dark corners and being alone.

Aside from being with her friends, she doesn’t like being the center of attention.

Twyla’s overall outfit looks is mostly purple and black, with hints of Victorian gothic in it.

She also has turquoise hair. Here’s everything you need to look like Twyla.

Twyla is voiced by Jonquil Goode, who also voiced Ari Hauntington in Monster High. She is also the voice actress of Apple White and Cedar Wood in Ever After High.

Check out these sites to read more about Twyla and the other characters from Monster High: 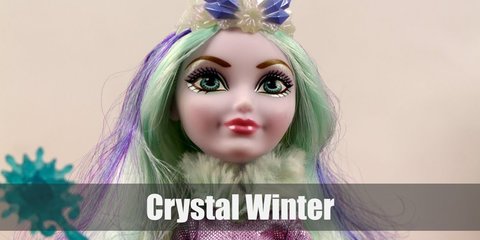 Crystal Winter wears pink quarter sleeve blouse, a furry collar,white textured belt, and a pink-and-blue colored skirt. She also wears light blue leggings with her white platform boots.
Some of the links may be affiliated. When you buy through our links, we may earn small commision. Read Full Disclosure. Thanks for supporting us.