How to Make Rainbow Dash Costume Among all the gang, Rainbow Dash is the most athletic and competitive. Unfortunately, her sporty side is also one reason why she’s a bit conceited. But let awesome people be awesome. Even though she can be self-centered, Rainbow Dash is also known to be very loyal to her friends.

Rainbow Dash is definitely more punk rock than the others. She wears a white tank top, pink mini skirt, black biker shorts, an open blue denim button-down, and blue high tops. She also has rainbow-colored hair. Here’s everything you need to look like Rainbow Dash.

Rainbow Dash was voiced by Ashleigh Ball in My Little Pony: Equestria Girls. She is also the voice behind Applejack.

Check out these sites to read more about Rainbow Dash and the other characters from My Little Pony: Equestria Girls: 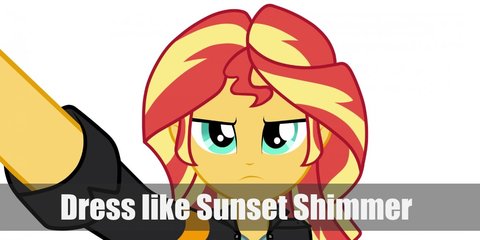 Frankie costume is mint green skin with stitches on it. She wears a blue plaid dress with puffed sleeves, a polka dot necktie, and awesome zebra heels. 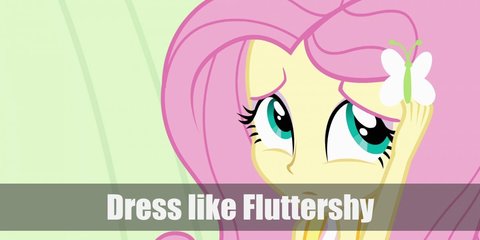 Fluttershy costume is a white tank top paired with a light green midi skirt, and light green boots. She is also known for her bubblegum pink hair, yellow wings, and light yellow skin.