How to make Lori Grimes Costume She may have had her faults, but it cannot be doubted that Lori Grimes can be one tough mother when needed. It can’t have been easy being pregnant during the world’s end. Lori’s character may be susceptible to a lot of weaknesses but when it matters, she is a very strong mother who would do anything for her kids.

It’s not a doubt that finding maternal clothes would have been hard in the post-apocalypse, so Lori might have borrowed clothes from the guys. Here’s what you need to look like Lori Grimes.

Lori Grimes didn’t stay on the show for very long, but she did contribute to a lot of conflicts. This is especially true between her husband, Rick, and her boyfriend, Shane. But, when given the chance to have her stay prolonged, the actress who portrayed Lori refused.

Although grateful, Sarah Wayne Callies was adamant that Lori’s story should end when it did for the sake of the story. She felt that her character’s death will greatly affect the others and it will move the story forward more smoothly. 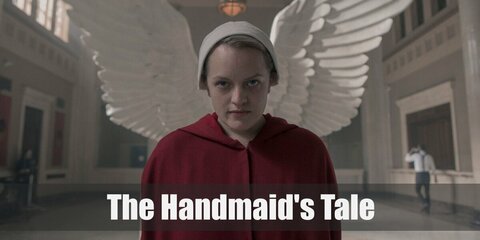 The costume from Handmaid's Tale features a red cloak and a white bonnet hat. You can also wear a pair of black boots. Snooki costume is a neon-colored top, blazer and pencil skirt. She styled her outfit with magenta shoes and a black necklace. Jwoww costume is magenta top and black pants. She also got a pair of hoop earrings and crystal heels. Daenerys the Khaleesi Mother of Dragons' best known costume includes a blue cape and blue attire under. She also got boots and a blonde frock to complete her look. Ali Wong's costume features a baby bump and a black and white striped dress. The costume is accentuated with a pair of red eye glasses and red flat shoes.
Some of the links may be affiliated. When you buy through our links, we may earn small commision. Read Full Disclosure. Thanks for supporting us.