What could be more “Audrey Hepburn” than the classic little black dress she wore in Breakfast at Tiffany’s.

Also, she holds a cigarette holder. If you love this look, get the items down above to make it happens.

How to Make Holly Golightly Costume Holly Golightly is an eccentric, extroverted socialite who likes to eat a pastry outside the famous jewelry store every morning. She is arguably the most famous character portrayed by Audrey Hepburn, and even made the song ‘Moon River’ a hit worldwide.

Holly Golightly is well-known for her pretty looks and timeless fashion, even if it is sleepwear. She wears a baggy white dress shirt, pink flats, perfect light makeup, and her iconic false lashes and tassel sleep set.

Audrey Hepburn is a British actress with a European charm who was famous worldwide in her prime - that’s the way to describe this legendary actress.

Born as Audrey Kathleen Ruston, and spent lots of her time in Europe before moving to London in 1948. Audrey was being recognized as not only an actor, but also model, dancer, and humanitarian.

On top of that, she was one of the most influencing fashion icons of the Hollywood’s Golden Age. Not only films and fashion Audrey had left behind, she also did a lot for human as she had been doing charity work to help people for all her life.

Holly Golightly was portrayed by Audrey Hepburn. Hepburn is also known for her roles in Roman Holiday, Charade, and My Fair Lady.

Check out these sites to learn more about Holly Golightly and other characters from Breakfast at Tiffany’s: 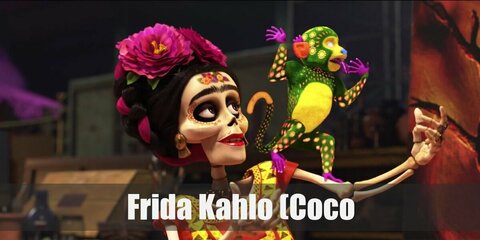