How to Make Anne of Green Gables Costume Anne of Green Gables was an orphan taken in by the Cuthberts who lived in Prince Edward Island. She was a very outspoken and imaginative girl who was ambitious and very much true to herself. Besides that, she also has a sharp mind and a quick wit that sets her aside from the girls of her age.

Anne of Green Gables is known for her simple, modest outfits. She wears a long dress under a pinafore apron, serviceable boots, a sun hat, and black knee-high socks.

About Anne of Green Gables

Anne of Green Gables was portrayed by Mary Miles Minter in the first film adaptation — the 1919 silent film of the same name, while Megan Follows portrayed the titular character in the well-known 1985 Canadian television miniseries adaptation. Minter is also known for her roles in Nurse Marjorie, Dimples, and The Innocence of Lizette, while Follows is also known for her roles in Silver Bullet, Matt and Jenny, The Nutcracker Prince, and Reign.

The latest adaptation of the franchise is the 2017 Netflix television series, Anne with an E.

Check out these sites to learn more about Anne of Green Gables: 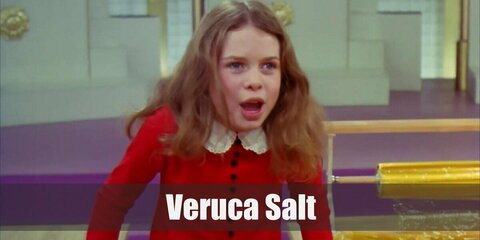 A typical costume for Pippi Longstocking would be a pinafore dress, long stockings, boots, and t-shirt, and often times a pirate hat in memory of her father.