Elphaba’s life story (at least in the Broadway musical version) shows everyone that we cannot judge a person by the way she looks and her reputation. Elphaba was known as the Wicked Witch of the West but her personality is much purer and better than the supposed good guys.

And that all started because of how she looks. Elphaba is no stereotypical beauty. The major factor is that her skin is unnaturally green. And it doesn’t help that she likes wearing old-fashioned, dark colored clothes and a pointy witch’s hat. Here’s everything you need to look like Elphaba.

How to Make Elphaba Costume The role of Elphaba in Broadway was originated by Idina Menzel in 2003. Menzel also voiced Elsa in the Disney film, Frozen.

Check out these sites to read more about Elphaba and the other characters from Wicked: Chipettes (Alvin and the Chipmunks) Costume

Brittany, Jeanette, and Eleanor's costume feature common pieces such as skirts, neckties, jackets. Keep their costume on point with a chimpunk tail to complete the casual chic looks! 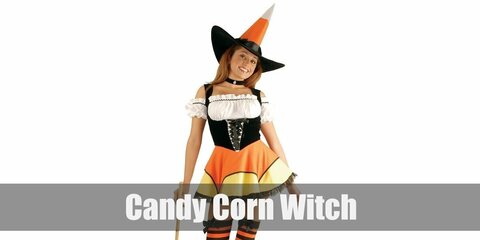 Glinda’s costume is a flowing and shimmery pink princess gown with puffed sleeves and a towering white crown while she holds a star-shaped wand.
Some of the links may be affiliated. When you buy through our links, we may earn small commision. Read Full Disclosure. Thanks for supporting us.