How to Make Anne Wheeler’s Costume Anne Wheeler is a trapeze artist in Barnum’s circus. She wears a purple aerial costume, a short purple cape, purple armbands, white net stockings, gold boots, and a pink wig. Get a hoola hoop as a prop. If you want to recreate this look, checkout our list down below.

About Anne Wheeler from The Greatest Showman

Anne Wheeler, played by Zendaya, is one of the main characters from The Greatest Showman, a 2017 American musical drama movie adapted from a life story of one of great men in showbiz named P. T. Barnum.

The movie flew under the radar at first then it gained a huge amount of popularity when hit the theater. Anne Wheeler is a colored woman who falls in love with a whit Phillip Carlyle, a white man with a respectable family name. Their love put them through a test of racial discrimination in the world where it’s seen as a norm. 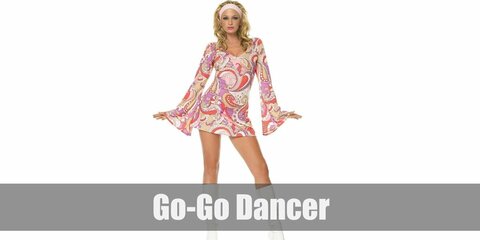 Go-go dancer costume features a printed dress with white boots. Style it with a blonde wig and headband, too. Complete the costume with colored sunglasses. The most iconic Flashdance look was modeled by the main character, Alex Owens. She was wearing an oversized grey sweater and pink point-toe heels. A Belly Dancer's costume can be recreated with a sequined top and a long skirt. She also wears a belt with golden coins and various necklaces and bracelets.