How to Make Liv & Maddie’s Costume

How to make Liv Rooney Costume How to make Maddie Rooney Costume Liv & Maddie is an American comedy TV series air on Disney channel, from 2013 to 2017. This story is about identical twins who both are the best of their world: Liv and Maddie Rooney. Live, a girly television star returns home after 4 years of working in Hollywood. She now has to meet with Maddie, her nerd identical twin, who are a rising star in academic and sport.

Tons of crazy and funny stuff happen with these identical girls who doesn’t, at all, share the same characteristic and skills. 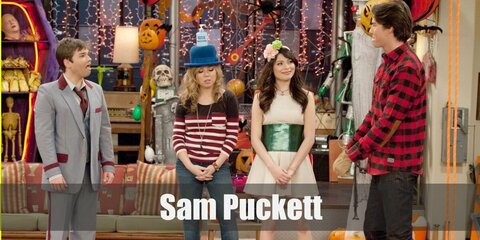 Sam's costume features a striped shirt and denim jeans with heels. She also wears a bracelet and a necklace. Complete her look with a blonde wig and a blue hat. Mabel Pines’s costume is a pink sweater with a shooting star design, a light purple skirt, and black ballet flats.
Some of the links may be affiliated. When you buy through our links, we may earn small commision. Read Full Disclosure. Thanks for supporting us.