Xena’s famous and most iconic costume is her original brown/black leather armor which includes an upper body armor with shoulder protectors, a roman styled skirt, upper and lower armbands, and knee-high boots. Her most memorable weapons are a sword, a whip and Chakram. Are you interested in dressing as one of the most extraordinary warriors the world came to know? Check out our list down above!

Xena of Amphipolis, also known as the Warrior Princess and Destroyer of Nations, famously portrayed by Lucy Lawless, is the main protagonist in a well-received American action-fantasy TV series that name after her character Xena: Warrior Princess which aired for six seasons between 1995 to 2001. The main story follows Xena, a mighty Warrior Princess with a dark past, as she seeks adventures in the ancient world with Gabrielle, a small town bard, by her side.

In the past, Xena was at the leader of one of the most vicious and destructive armies that the world had ever seen. She and her lover at the time Borias with their army traveled through the country only to conquer. But she then comes to realize that what she did was wrong, and takes on the path of the redemption by traveling through lands battling evil. 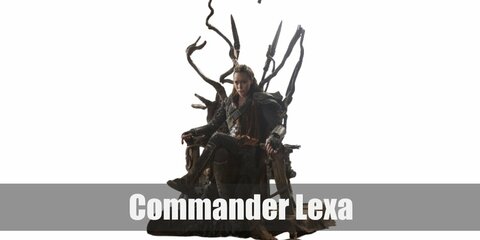 Lexa’s costume is a black long-sleeve shirt, distressed black pants, durable thigh-high boots, black armor all over her body, a red cape, and multiple weapons hidden on her person. Sofia the First’s costume is a beautiful purple princess gown with matching purple flats and a purple tiara and necklace.
Some of the links may be affiliated. When you buy through our links, we may earn small commision. Read Full Disclosure. Thanks for supporting us.