How to Make Eminem’s Costume Eminem rocked his music video for Darkness looking cool in this boy-next-door ensemble. He topped his white shirt with a hoodie and pair of dark pants.

In his 2001 concert, he wore Jason Voorhees outfit and surprised fans by carrying a chainsaw on stage.

Eminem, real name Marshall Bruce Mathers III, is an American rapper. He is known as a rapper who made hip hop popular in the American heartland (middle America). His debut album was Infinite (1996) and now he is considered as one of the best-selling music artists of all time. He released his music video for Darkness on January 17, 2020 as a surprise to fans. 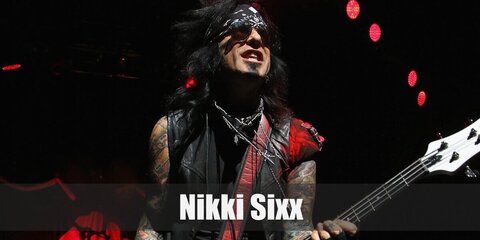