How to Make Humpty Dumpty’s Costume

Humpty Dumpty is a popular nursery rhyme character. His costume is often drawn and interpreted in various ways but the signature circular (egg-shaped) head and body is constant in all of them. To cop his pre-fall look, get an egg-shaped mask and a fat suit. Then put on a plaid shirt and striped pants.

Check out how you can rock Humpty Dumpty’s off-the-wall costume here: Humpty Dumpty is a popular character in a nursery rhyme. It was popularized in English rhymes and follows the fate of an egg-shaped man who sits on a wall. 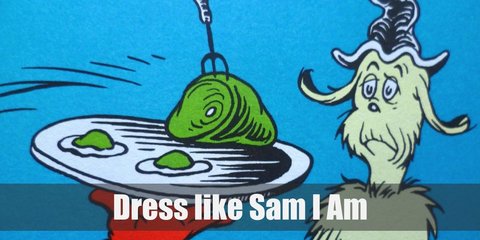 Sam I Am Costume

Sam I Am wears a long bright yellow tunic topped with a yellow shrug, green and white tights, a red beanie, and red sneakers. Harold and the Purple Crayon Costume

Harold and the purple costume is blue pyjamas and you can rock a white shirt with purple writings on them. Carry a toy crayon.
Some of the links may be affiliated. When you buy through our links, we may earn small commision. Read Full Disclosure. Thanks for supporting us.