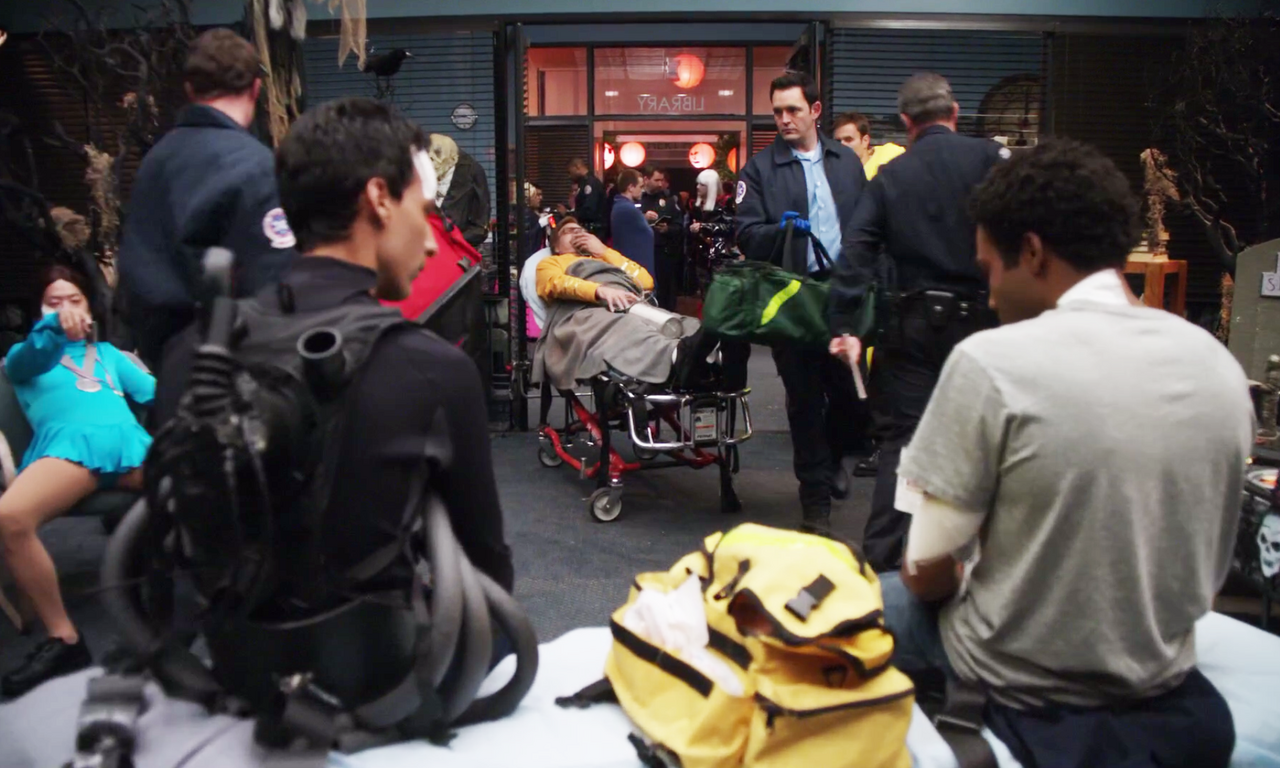 “Alien” (1979) is one of all-time favorite Sci-fi, thriller movie franchises, and it undoubtedly has taken parts in the pop culture even todays. Thus time and time, the audience get to see Alien-inspired films one after another. However, Alien could also transform itself from a bloody thriller to a comedic material in an NBC show or sitcom like “Community,” the show is about hilarious relationship and experience of students in Greendale Community College.

In Halloween special episode of season 2, one of main characters “Abed,” played by Danny Pudi, put on an Alien costume. The look was well received among the audience for how creative it was. Abed and his best friends, Troy Barnes, played by Donald Glover, put on a mini show at the party where he wore the Alien costume and Troy Ripley costume – Ripley is the protagonist in Alien, and Aliens’ rival. Skeletor has a skull for a head which is dressed up by a purple hooded chest armor. He also wears dark purple boots and his skin color is a lighter purple as well
Some of the links may be affiliated. When you buy through our links, we may earn small commision. Read Full Disclosure. Thanks for supporting us.