How to Make Terry Bogard’s Costume from Fatal Fury Terry Bogards muscular look can easily be recreated with items that can be found in department stores. Wear a white top, red vest, denim jeans, and sneakers to start the look. Then, complete the costume by having a blonde wig, his signature cap, and a pair of fingerless gloves.

Terry Bogard is a character from the video game Fatal Fury. He is the main protagonist of the series. He fits many Japanese stereotypes of an American character in terms of appearance and personality. His in-game lines has American colloquialisms like “Okay!” and “Hey, Come On!”). 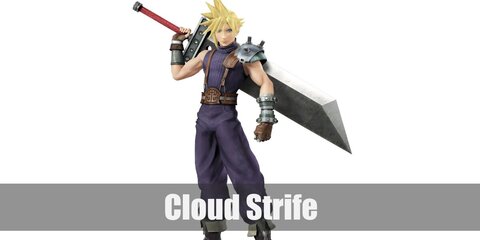 Conan's costume features a muscle shirt styled with a necklace, shorts, arm guards, and sandals. Complete the look with a wig, a headband, and a toy sword.