How to Make a Robin Sparkles Costume A big part of this look is the fact that it is very 80s based. A Robin Sparkles costume consists of a lot of frills, bows, and big sparkles. Unless you yourself were a teen in the 80s, you might not have a lot of items for this costume in your closet. Nonetheless, it is a very fun and iconic look that is not so hard to put together yourself.

Now grown Robin on How I Met Your Mother, is not so thrilled to share much about her brief career as a teen pop-star. Though short-lived, it has definitely produced many funny stories and moments on the show when Robin gets teased about her other persona. We don’t see much of Robin Sparkles on the show except for a few clips of Robin’s memories which provide sufficient idea of how good a pop-star she was. 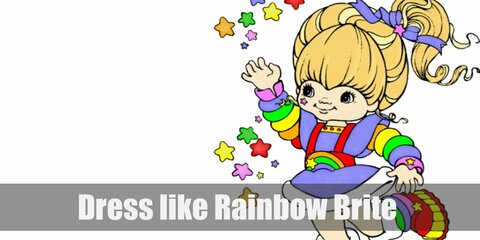