How to Make Georgie Denbrough (It) Costume 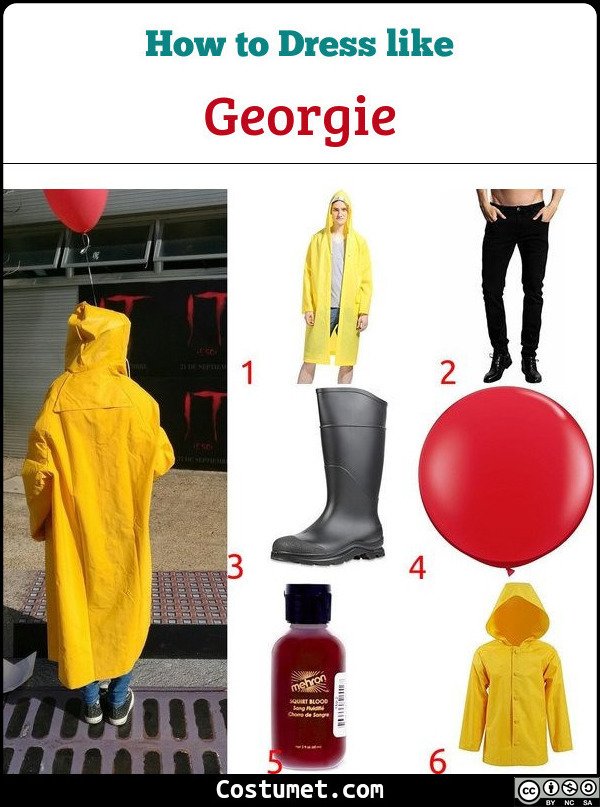 Despite his gruesome and untimely death, Georgie was critical to the eventual defeat of It. Georgie was the first victim of Pennywise the Dancing Clown but he is also the reason why his brother, Bill, finds the courage to finish him off.

Georgie is a cute young boy who is mostly remembered because of his yellow, hooded raincoat. He is also usually depicted holding a red balloon from Pennywise. Here’s everything you need to look like Georgie from It.

Georgie Denbrough was played by Jackson Robert Scott for the 2017 remake of It.

Check out these sites to read more about Georgie and the other characters from It: Ron Weasley’s costume is a white dress shirt, black pants, grey vest, and his Gryffindor uniform or sometimes, his Weasley sweater.
Some of the links may be affiliated. When you buy through our links, we may earn small commision. Read Full Disclosure. Thanks for supporting us.