Ms. Marvel (Kamala Khan) is a 16-year old Pakistani-American high-schooler and fangirl of Carol Danvers (Captain Marvel) who struggles to fit in until she gains superpowers from a magical golden bangle in the American television miniseries Ms. Marvel. She was later disclosed to be actually a mutant.

Ms. Marvel (Kamala Khan) has always dreamed of becoming a superhero when she was still powerless. She wears a red spandex bodysuit, a Ms. Marvel T-shirt dress, red sneakers, a golden bracelet bangle, and a long red tie scarf.

Ms. Marvel (Kamala Khan) was portrayed by Iman Vellani. Vellani is also known for her roles in Avengers: Secret Wars, The Marvels, and The National.

Check out these sites to learn more about Kamala Khan and other characters from Ms. Marvel: 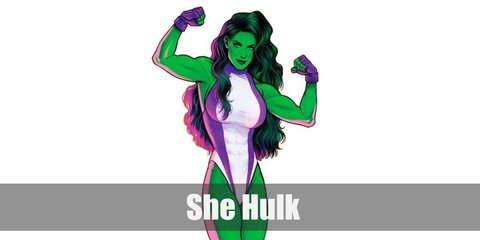