How to make Pillsbury Doughboy costume Pillsbury Doughboy is a well-known American mascot and has been beloved by many since his inception in the 1960s. However, that isn’t his real name. Pillsbury’s adorable mascot is actually named Poppin Fresh. By the 1970s, he was briefly joined by his family: Poppie Fresh, 2 kids, and 2 parents.

Poppin’s look hasn’t changed that much since his debut. He is still a perpetually white dough-like man who wears a white scarf and a white chef’s hat.

Like Betty Crocker, The Pillsbury Doughboy is a mascot created for advertising Pillsbury Company, another bakery goods company. The character had been seen in medias since 1965 to 2005. From time to time, it makes a return to Pillsbury commercial after that

Pillsbury Doughboy was created by Rudy Perz and Milt Schaffer during the 1960s. His original voice actor was Paul Frees.

Check out these sites to read more about Pillsbury Doughboy: 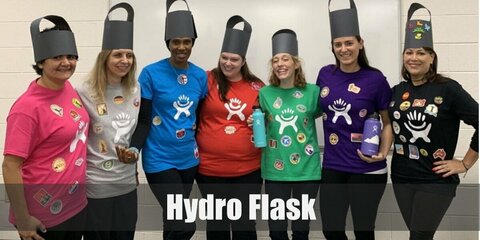 Hydro Flask’s costume is a colored shirt with the Hydro Flask logo, black pants, and a DIY headpiece. 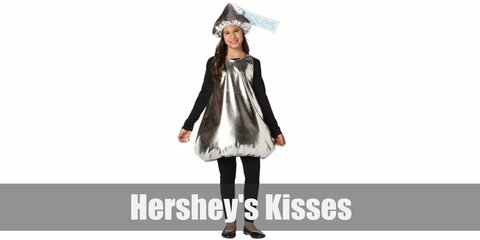 Mayhem’s costume is a typical business suit, but with scars and bandages all over.