How to make a Zombie Prom Queen Costume Well, this is definitely your LAST dance! Prom is an event in a high schooler’s life that is either the best or the worst. Some might dislike it if they’re not popular enough or just not into social gatherings.

But others, especially those eyeing to be in the prom court, make it their life’s mission to create the best possible prom there is. Of course, jealousies run wild when the Prom Queen and King are actually chosen. Who’s to say that they won’t be killed out of spite, right?

Well, in this costume, you’re definitely an unlucky prom queen since you’re obviously dead. But don’t you worry because then you can be Queen of the Dead.

All you need is a beautiful prom gown, a tiara, a ‘Prom Queen’ sash, fake blood, and FX makeup. Here’s everything you need to look like a Zombie Prom Queen.

About a Prom Queen

A promenade dance, or more commonly known as the Prom, is a semi-formal gathering for high school students. During the dance, a prom queen and king are elected from a school-wide vote.

Check out these sites to read more about Prom Queens: 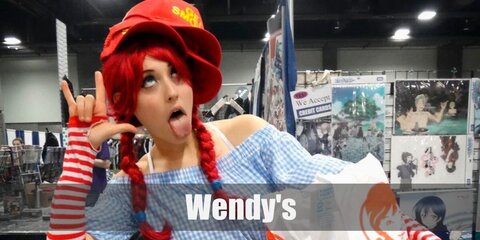 Shadow Demon all-black cosplay features a full body suit and gloves with extended fingernails. You can complete it with a pair of red goggles. For a dead zombie bride costume, all you will need is a white silk top, a white maxi skirt, fake dirt and blood, white heels, and a veil.