Clawdeen is very confident and energetic. Her love for sports can be seen from her athletic prowess since she’s part of three teams: soccer, baseball, and track and field. She’s also very loyal to her friends and will anything to keep them happy. Clawdeen is also very resourceful. She doesn’t need brand-new clothes to make herself look in fashion.

Clawdeen’s style can be described as edgy femme. She has on a pink animal-print top, a black cropped cardigan, a purple skirt, and purple heels. Let’s not forget her awesome purple hair highlights as well. Here’s everything you need to look like Clawdeen Wolf. Clawdeen Wolf is voiced by Salli Saffioti under the name of Celeste Henderson.

Clawdeen Wolf is a character in a doll franchise “Monster High,” which gradually developed to being a horror-girly TV show and movies. The animation in both platform received a huge amount of popularity.

Clawdeen Wolf is a werewolf girl that’s filled with confidence, energy, and a load of fierceness. When she sees something similar to full moon, or the real full moon, Clawdeen tends to get weird and act oddly. Moreover, she’s super loyal and protective of her friends, and would get furious when any harms come to the loyalty she gave.

Check out these sites to read more about Clawdeen Wolf and the other characters in Monster High: 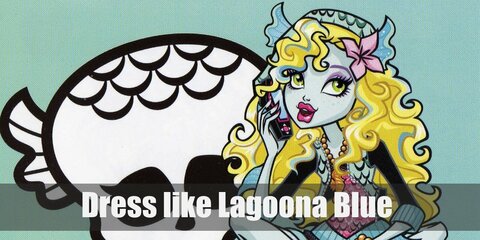 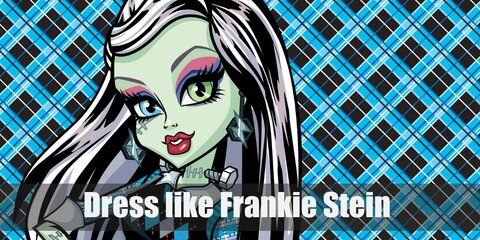 Frankie has mint green skin with stitches on it. She wears a blue plaid dress with puffed sleeves, a polka dot necktie, and awesome zebra heels. 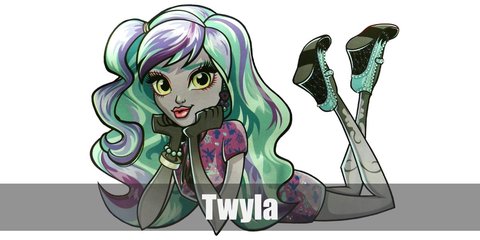 Cleo outfit looks mostly like mummy wrappings except that she has a blue sheer cloth as an additional top. She also wears a gold garter for her phone, a gold belt, gold earrings. Skelita looks like a skeleton with a Day of the Dead-inspired makeup. She wears a simple black halter top, a multi-colored skirt, and lime green platform sandals. She also has long black hair with marigold streaks in it.
Some of the links may be affiliated. When you buy through our links, we may earn small commision. Read Full Disclosure. Thanks for supporting us.