He started out looking as a decrepit old man in Mortal Kombat but that just goes to say to never judge someone’s abilities by the way they look. Shang Tsung is one of the most powerful sorcerers in the franchise and is a hard boss to defeat.

This cunning and intellectual man started to look younger in the newer versions of the game and one of his most famous outfits is his yellow and black one from Mortal Kombat II. Here he looks more like a fierce martial artist rather than a sorcerer due to his black and yellow karate pants and top. Here’s everything you need to look like Shang Tsung.

How to Dress Like the Cunning Shang Tsung Costume Like many of the characters in this franchise, Shang Tsung was played by a lot of actors throughout the years. But since his most popular costume today is his Mortal Kombat II outfit, let’s mention the actor who first wore it: Philip Ahn, M. D.

Check out these sites to read more about Shang Tsung and the other fighters from Mortal Kombat: 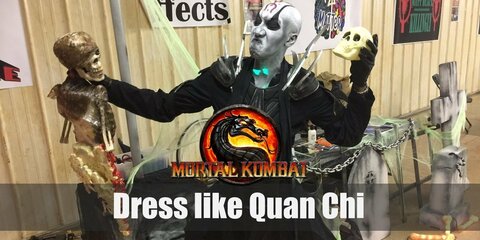 The most powerful sorcerer in the Netherrealm, Quan Chi isn’t satisfied until he gets everything that he wants. His skin tone is entirely white and he likes to go out bare chested. He has on a tilak and red symbols on his forehead and arms and he wears a pair of dark pants with a light blue loincloth in front. Descended from the Great Kung Lao and as a former Shaolin monk, Kung Lao’s outfit is very reminiscent of his Chinese origins. He wears a black Chinese vest, bright blue pants, and a deadly razor-rimmed hat. 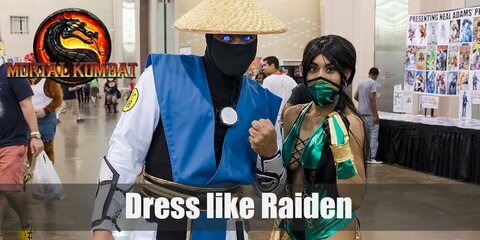 Raiden looks like a normal fan of the martial arts because of his plain white uniform. He personalizes his look by wearing a light blue vest over it. But he’s most well-known accessory remains to be his Chinese farmers hat that hides his face.
Some of the links may be affiliated. When you buy through our links, we may earn small commision. Read Full Disclosure. Thanks for supporting us.