How to make Dottie, Kit & Jimmy’ Rockford Peaches Costume from A League of their Own A League of their Own is a 1992 film about a team in All-American Girls Professional Baseball League, specifically the team of Rockford Peaches. Dottie is a really great hitter and catcher and quickly becomes a star in their team.

A League of their Own has a few iconic outfits but none as memorable as the uniform of the Rockford Peaches. They wear a pink skater dress, red knee-high socks, black shoes and a red team cap.

About A League of their Own

The Rockford Peaches was a women’s baseball team from the USA that was active from 1943-1954. They are considered as one of the successful teams in the All-American Girls Professional Baseball League. They have championship in 1945, 1948, 1949, and 1950 and had many star players.

Dottie Hinson, one of the protagonists in A League of their Own, was portrayed by Geena Davis. Davis is also known for her roles in Thelma & Louise, The Long Kiss Goodnight, and The Fly.

Kit Keller, one of the protagonists and Dottie’s sister, was portrayed by Lori Petty. Petty is also known for her roles in Tank Girl, Point Break, and Free Willy.

Jimmy Dugan, the manager was portrayed by Tom Hanks.

Check out these sites to learn more about A League of their Own: 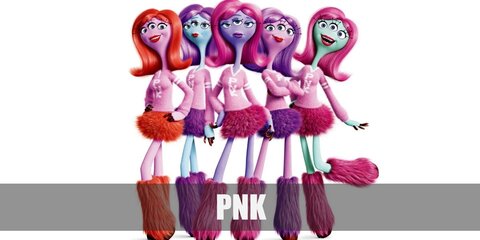 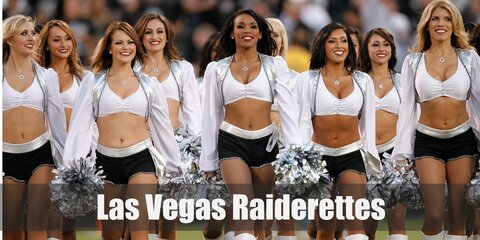 Las Vegas Raiderettes' costume can be DIY-ed with a a white cropped top, black shorts, and white boots. Average Joes costume is a mustard yellow shirt with ‘Average Joes’ printed on it, matching running shorts, and comfy sneakers.