The creature from Black Lagoon is iconically known as the Gill Man. He doesn’t have much of a background story and is mostly known for killing people who encroach in his home. But back in the 1950s, he is one of the scariest creatures to ever grace the big screen and thus, he’s a Horror Hall of Famer.

Gill Man may not be as scary in today’s standards but he was definitely an inspiration for many of the monsters that came after him.

Gill Man walks on two feet and has arms like a human. But he looks very much like reptile with the scales all over his body. He has flippers on his hands and feet, and fins and gills on his head. Here’s everything you need to look like the Creature from Black Lagoon.

How to Dress Like the Creature from Black Lagoon Costume About the Creature from Black Lagoon

The Gill Man was portrayed by two actors in the 1954 film: Ben Chapman on land and Ricou Browning on water.

Check out these sites to read more about the Creature from Black Lagoon: 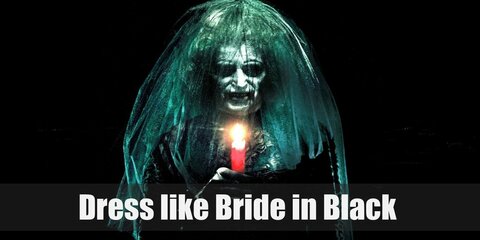 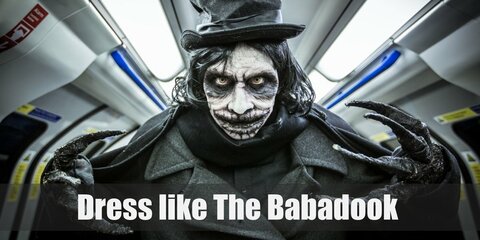 The Babadook wears an all-black ensemble. He has on a black trench coat, black pants, black top hat, and black shoes. Plus, he sports long black hair and equally long black fingers.

Hellboy’s costume is two horn stumps on his head a red forked tail. He wears a black shirt, a beige trench coat, black cargo pants, and black boots.
Some of the links may be affiliated. When you buy through our links, we may earn small commision. Read Full Disclosure. Thanks for supporting us.