Ethan Hunt is one of the most notable secret agents in the spy movie industry. He is daring, fearless, and a fierce protector of justice. Ethan is a force in the field and is no stranger to death-defying stunts. Climbing on the side of the tallest building? Holding on outside of a plane taking off? Easy as pie.

Ethan Hunt usually sticks to black since it is the most inconspicuous. He has on a black shirt, black shorts, black boots, and a black tactical vest.

Ethan Hunt was potrayed by Tom Cruise. He is also known for his lead roles in Top Gun, The Last Samurai, Jerry Maguire, and Minority Report.

Maverick, Goose, Iceman, and all the other pilots know their stuff. A one-piece olive jumpsuit with lots of patches is what you’ll be wearing if you’re going to be one of them. An example of an outfit he might wear is a black sweater with a long black coat, jeans, and dark colored sneakers or boots. 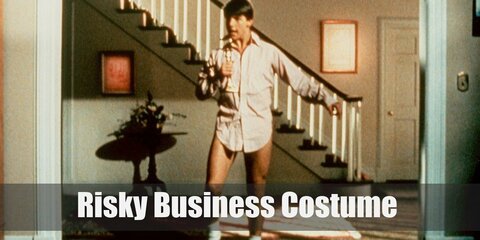 Agent J and Agent K wear identical outfits as this is the standard uniform of the Men in Black, the organization they belong in. They both wear a white dress shirt, a plain black tie, and a black suit while carrying weapons such as futuristic guns and etcetera.
Some of the links may be affiliated. When you buy through our links, we may earn small commision. Read Full Disclosure. Thanks for supporting us.