It’s never easy when something stops you from believing in your ideals. But it’s always harder when someone has to die for you to change. John Reid learned that the hard way when he became the Lone Ranger.

John Reid is remembered by Tonto as wearing a white dress shirt underneath a black vest and blazer, brown pants, a red scarf, and a black eye mask. He also sports a white cowboy hat and his Texas Ranger star. Here’s everything you need to look like John Reid, the Lone Ranger.

How to Make Lone Ranger Costume John Reid (also called The Lone Ranger) was portrayed by Armie Hammer who is also known for his roles in The Social Network and Call Me By Your Name.

Check out these sites to read more about the John Reid and the other characters from Lone Ranger: 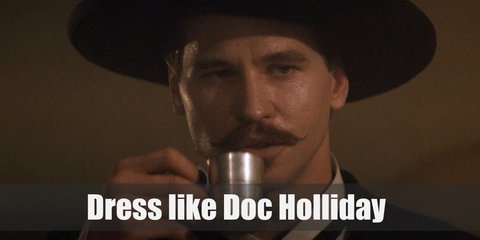 Woody costume looks like a vintage sheriff through and through (except he wears brighter colors). He has on a yellow long-sleeved top, denim pants, cowboy boots, a cowboy hat, and his shiny sheriff badge.

Wyatt Earp’s outfit is reminiscent of the respectable wear men don on in the Old West. He wears white dress shirt underneath a black vest, black pants, black coat, and black boots.
Some of the links may be affiliated. When you buy through our links, we may earn small commision. Read Full Disclosure. Thanks for supporting us.