Pedro Sanchez is Napoleon’s best friend. If you’ve seen the popular ‘Vote for Pedro’ shirts in the internet, well, he’s that Pedro. While Pedro didn’t know much English because he was a transfer student from Spain, he decided to run for class presidency. Napoleon and their other friends try to help him win.

Looking like Pedro is not difficult. Just remember to wear a fake wig and mustache because his is iconic. Then, pair that with a light blue button down, denim pants, brown oxfords, and a blue bolo tie. Here’s everything you need to look like Pedro from Napoleon Dynamite.

Pedro was portrayed by Efren Ramirez. Aside from his memorable role in Napoleon Dynamite, Ramirez is also known for his roles in Casa de mi Padre, Mad Families, and Crank: High Voltage.

Check out these sites to read more about Pedro and the other characters from Napoleon Dynamite: Inigo Montoya costume is very much like a medieval man who prefers the color brown. He has on a cream tunic, a brown vest, brown pants, and brown boots. Plus, he always has his sword on hand.

Nacho Libre doesn't have a shirt on, but he wears a bright blue leggings with a big red underwear on the outside like Superman. His wrestling boots are in red color, as well as his cape. 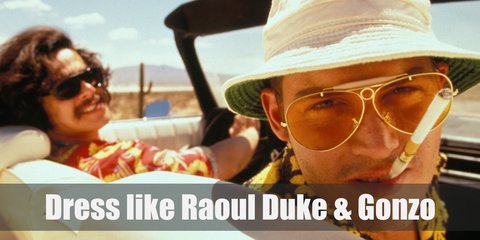