How to Make Bill Clinton and Monica Lewinsky’s Costume 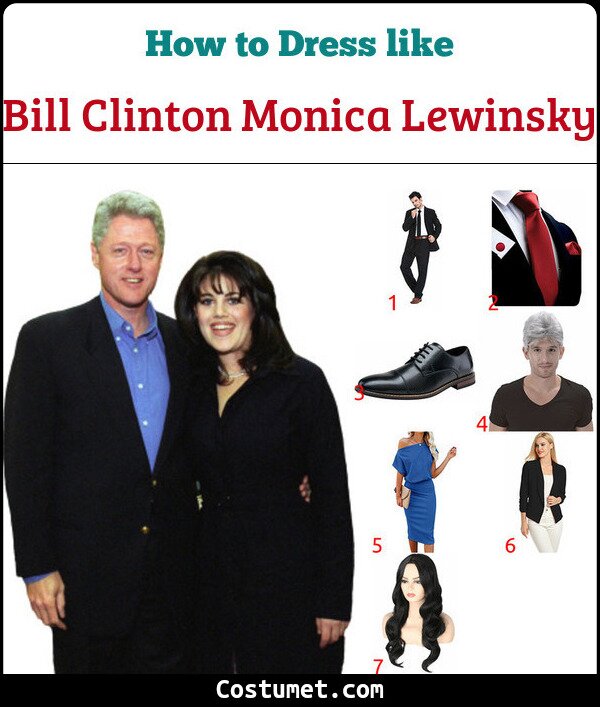 Bill Clinton wears a formal suit and tie outfit to the office. Be sure to add a greying wig to recreate his signature hair. Meanwhile, Monica wears a dress or a skirt to match her blazer. Top her costume off with a medium-length dark wig, too.

About Bill Clinton and Monica Lewinsky

Bill Clinton was a former President of the United States of America. Monica Lewinsky is a former intern at the White House. Clinton admitted to have been in an affair with the Lewinsky which would later on be known as the Clinton-Lewinsky scandal. Repercussions on this affair was also a hot topic during his impeachment.

The sexual relationship between President Bill Clinton and Monica Lewinsky occurred from 1995-1997. The relationship was consensual and started when she was a 22-year-old intern at the White House. The two developed a close bond, but their intimate encounters were kept secret by both parties. However, during the public scandal of 1998, Lewinsky was called to testify before a grand jury and denied any sexual contact with the president. This led to President Clinton’s impeachment trial and eventual acquittal. Stormy Daniel's costume is a red mini dress as well as with a pair of black strap heels. Add a blonde wig to finish the look, too.
Some of the links may be affiliated. When you buy through our links, we may earn small commision. Read Full Disclosure. Thanks for supporting us.