Stealth Elf is an elven ninja. She is cunning and very sneaky. She is a lover and protector of nature, and loves to speak her mind. She doesn’t know her past and became a Skylander to uncover the mystery of her life. She can be a bit misunderstood because of her sneaky tactics, but she means well most of the time.

Stealth Elf has green skin and blue, braided hair. She wears a black cropped tank top, brown pants, and brown armbands. She also hides her identity under a face mask. Here’s everything you need to look like Stealth Elf.

How to Make Stealth Elf Costume Stealth Elf was voiced by Audrey Wailewski. She is known for her roles in My Life as a Teenage Robot, What Women Want, and RED.

Check out these sites to read more about Stealth Elf and the other characters in Skylanders: Lapis Lazuli costume is as blue as you can get! All you need are a blue top, a blue skirt, blue body paint, and a blue wig. 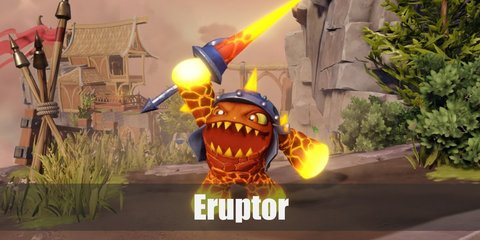 Yennefer’s costume is a black gothic dress, a black feather epaulet, black knee-high boots, and a black wavy wig.
Some of the links may be affiliated. When you buy through our links, we may earn small commision. Read Full Disclosure. Thanks for supporting us.