How to Make Jinx Costume from Arcane 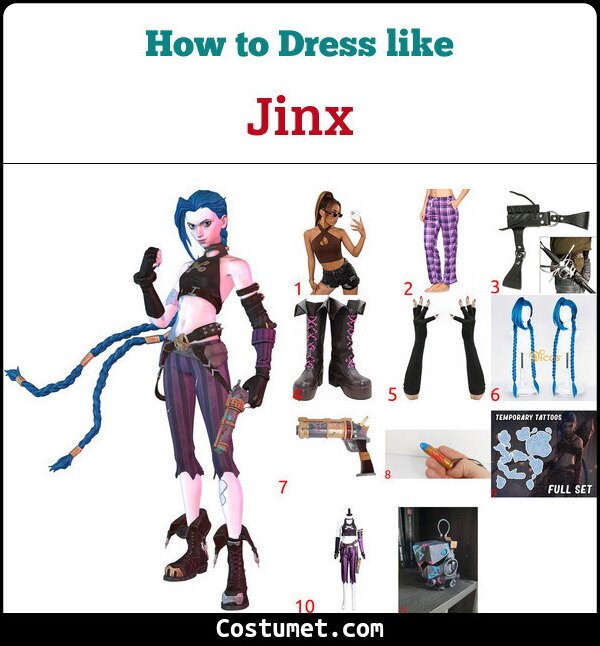 Jinx has an iconic costume thanks to her blue hair and cropped outfit. She got a tank top and pair of pants that is also cropped at the hem. Then she wore it with a pair of boots and fingerless gloves. For added edge, she got a tactical-style belt and a toy gun. Complete her costume with a braided blue wig.

Jinx is a character from the TV show Arcane. The show is based in the game League of Legends. The show focuses on Jinx and her sister Vi. She is said to have been born named Powder and were later orphaned. Many unfortunate events have taken Jinx and her sister to grow apart. Later on, the series shows jinx transforming to a demented killer. Caitlyn styles her purple bodycon romper with an arm guard and a brown corseet or belt. She also wears thigh boots with thigh belts. Complete the costume with a toy rifle and a dark purple wig. Volpina’s costume is of a white fully bodysuit painted orange and black in some parts, long black gloves, black boots, fox ears and tail.
Some of the links may be affiliated. When you buy through our links, we may earn small commision. Read Full Disclosure. Thanks for supporting us.