How to Make Miss Kitty’s Costume from Gunsmoke 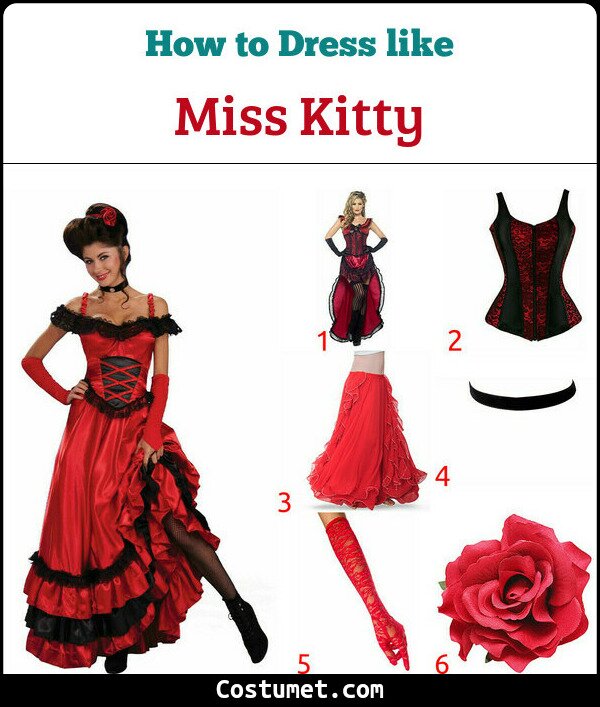 Miss Kitty is one of the beautiful characters from Gunsmoke and it is only fitting that her iconic outfits include a corset gown perfect for the saloon. To get this look, simply wear a gown of the same bodice or DIY it with a corset top and matching red skirt. Then put on your choker and reg gloves, too. Complete the costume with a red floewr on your up do.

Miss Kitty is a character from the American television and radio series Gunsmoke. In the radio series, she was introduced as Matt Dillon’s former girlfriend. The character was played by Amanda Blake in the series. She was also portrayed as a person who works in a saloon and later on (in season two) she was seen as a co-owner of the Long Branch Saloon. Annie Edison is a typical sexy cowgirl, always ready for some action. So, there are some pretty common pieces of clothes, like sexy lace hem bloomers, short puff sleeves blouse, and maroon vest The Handmaid's costume is a red cloak and a white bonnet hat with a pair of black boots. Aunt Lydia’s costume is a brown cloak, brown coat, brown poncho, Oxfords, a brown belt, brown beret, brown gloves, a Fertility pin.