How to Make Mettaton’s Costume from Undertale

Mettaton’s costume can be nailed with many everyday items. First, get a pink vest and decorate it with a silver belt with a heart sticker at the center. The costume has striped sleeves for her robotic arm segments, as well oversized shoulder pads. Pair the top with dark pants. She has black hair with long bangs. Complete the look with pink ankle boots and silver facepaint for the robotic effect on her make-up.

These are items you can get to dress like Mettaton: Mettaton is a character in the video game Undertale. The game is a role-playing one whose primary playable is a child who fell into the Underground.

One character that the child may meet in the game is robot with a SOUL called Mettaton. She was built by Alphys. She was originally planned to only be made for entertainment by Alphys later on killed others so Alphys can be rescue the protagonist when the need comes. On a lighter note, Mettaton is the only television star in the Undergound. 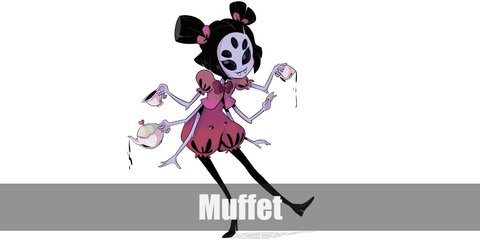 Muffet costume is a red puff sleeves shirt with big bow in front. Wear pink bloomer shorts, black leggings, and black shoes. Wear purple gloves on both arms and stuff two more pairs of these gloves with cotton or paper then attach at the back of the shirt and the shorts. Undyne costume is a simple black tank top, grey pants, red boots, and her black eye patch. What makes her stand out, though, is her bright blue skin and winged ears.
Some of the links may be affiliated. When you buy through our links, we may earn small commision. Read Full Disclosure. Thanks for supporting us.