How to make Sans (Undertale) Costume 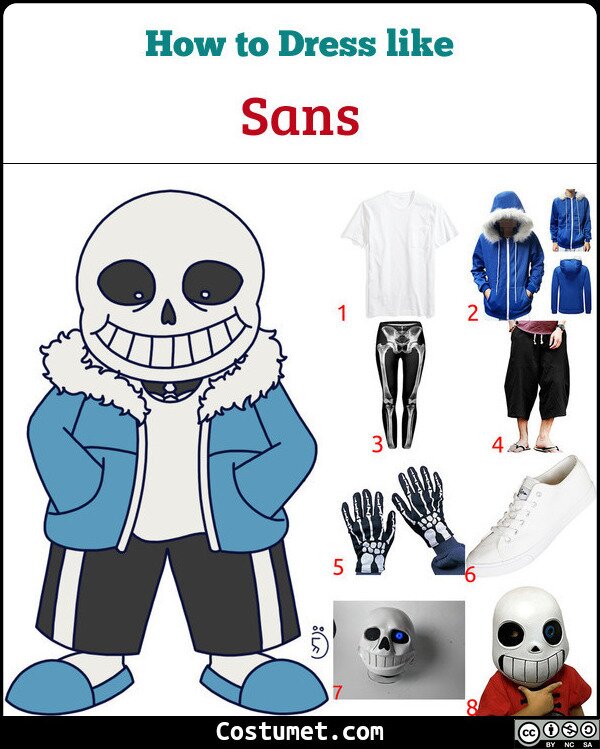 Like Papyrus, Sans is also a monster. He has a body of skeleton with a dimpled face skull. How cute.

Sans wears a white T-shirt topped with a blue hooded jacket, baggy black pants, and gray shoes. Does Sans’ look interest you? Check out our item list down below to see what do you need to dress as him!

Sans is one of major characters in a 2015 role-playing video game called “Undertale”, which is the game about the world of monsters under the surface of the earth after they lost the war against human.

Sans has a brother named Papyrus, who often reprimands him for being lazy but actually cares a lot about him. Both of them work as a sentry. Unlike his hard working and active brother, Sans is very laid back to the point of laziness.

Though his personality makes him mostly apathy to anything around him, Sans could surprisingly get serious for some occasions. Sans is able to quickly travel or teleport using what he calls “shortcuts.”

Check out these sites to read more about Sans, and the other characters from Undertale: