How to Make Roman Reigns Costume 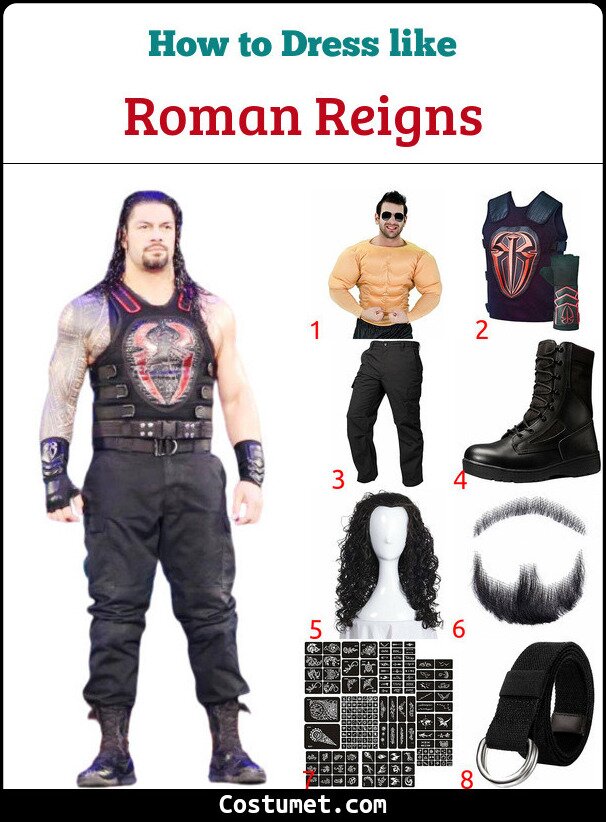 Roman Reigns is an American professional wrestler known for his stint in WWE. His real name is Leati Joe Anoa’i and is a member of a well-known Samoan-American wrestling dynasty.

Roman Reigns is most known for his all-black ensemble and Samoan tattoos on his right sleeve. He wears a black vest, black gloves, black cargo pants, black combat boots, and a full beard.

Roman Reigns started his professional football career with brief off-season stints in the National Football League and played a full season for the Canadian Football League. He was initially set to be developed as the “face of the company” for WWE from 2014-2020. Reigns returned to wrestling following a 5-month hiatus battling a recurring bout with leukemia, and was successfully repackaged as a new villainous character, “The Tribal Chief”.

Check out these sites to read more about Roman Reigns and the other characters from WWE: