How to Make Killer Frost Costume Killer Frost is one of the meta-humans that you will definitely find yourself sympathizing with. Her identity as Caitlin snow was very bright and compassionate which is a far cry from Killer Frost’s cold and frightening personality. Aside from her identity crisis, Caitlin and Killer Frost can make for a formidable ally.

Killer Frost looks a bit Gothic because of her pale skin and all-black ensemble. She wears a black bustier, black leather leggings, and black boots. The Gothic style is further upped by her grey lipstick and white hair. Here’s everything you need to look like Killer Frost.

Killer Frost and her secret identity, Caitlin Snow, are portrayed by Danielle Panabaker in the television series, The Flash.

Check out these sites to read more about the Killer Frost and the other characters from The Flash: Rita Repulsa’s costume is quite unique. It is a mix of looking mystical and nature-based. She wears a long orange dress and has her magical staff with her at all times. 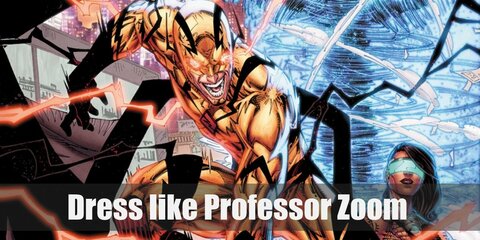 Duela Dent wears an orange corset and a purple cloth on the tail. She also has a garter belt,and long purple socks with brown pumps. On her shoulders is a shoulder pad and purple gloves. She has green hair with a purple top hat and she also wears heavy make-up.