How to Make Chi-chi’s Costume from Dragon Ball

Dress like your favorite super mom and cop this cool Chi-chi costume below: Dragon Ball followed Chi-chi from childhood until she became mother to powerful half-Saiyans. One of her more iconic looks is the blue cheongsam (Chinese dress) with red trims. She wears this with a red belt and matching armbands.

She also dons a pair of red trousers and white leg warmers over her red shoes. Chi-chi wears her hair in a low ponytail with loose portions and bangs.

Chi-chi is a character in the manga and anime franchise “Dragon Ball”. The series is considered one of the most successful manga series, spanning decades of continuous releases and adaptations. Chi-chi is introduced as the daughter of Ox-King of the Fire Mountain, making her a Princess. She is characterized as a tomboy-ish lady with a fierce personality. She later marries Goku and has two children with him, Gohan and Goten.

Chi-chi is also seen as skilled in martial arts, training with Goku when they were young and then her son Goten. As a wife and mother, she is described as sometimes nagging or overbearing, and would often chastise Gohan to prioritize his studies first before fighting.

But as a fighter, she is considered a strong human, having fought many in her lifetime. Her love for her family is also evident, constantly worrying about them and caring for them whenever she could during their fights. Princess Bean costume is to dress up in medieval clothes more styled for men while Elfo likes something a lot simpler, a tunic and shorts. 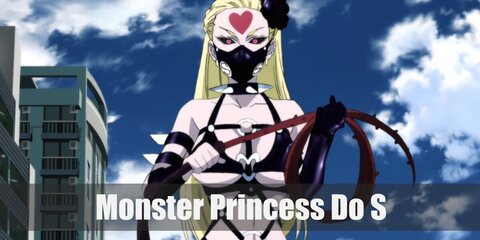 Bulma costume is wearing a pink t-shirt dress, blue sneakers, and her signature teal hair with a red hair bow.