How to make Male Agent 3 Costume 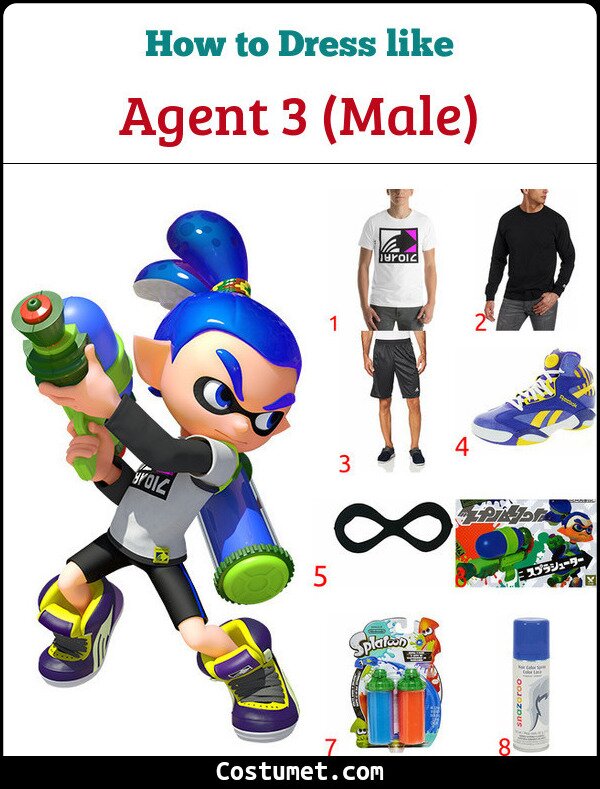 How to make Female Agent 3 Costume Being a squid humanoid can be fun, especially if you can get to ink your enemies along the way. Splatoon is a cute, multi-player game that allows you to play adorable squid humanoids who can use their ink guns to splat the environment or their opponents. You can also turn into a squid who can swim along you own colored ink. Cool, huh?

Inklings (what the squid humanoids in Splatoon are called) look different from each other. For this article, let’s talk about Agent 3’s male and female forms.

Agent 3 – Male prefers a white shirt with a gray sweater underneath, black shorts, and black rubber shoes along with his blue hat.

Here’s everything you need to look like both versions of Agent 3 from Splatoon.

Splatoon is a Third-Person Shooter video game released on May 2015. It was developed by Nintendo for their Wii U platform.

Check out these sites to read more about Splatoon: Pac-Man's appearance is a yellow circle, where as all four antagonists share the classic ghost look in different colors: Blinky is a red, Pinky is pink, Inky is blue, and Clyde is orange.

Darla Marks’ costume is her iconic Seniors sweater, striped shorts, and knee-high socks. David Wooderson’s costume is his signature graphic shirt, pink pants, and cool mustache.
Some of the links may be affiliated. When you buy through our links, we may earn small commision. Read Full Disclosure. Thanks for supporting us.