How to Make Lord Shiva Costume Lord Shiva is one of the most important gods in Hinduism, and is even worshipped as the supreme god by Shaivites. His tinted skin, painted face, beaded accessories, and animal-themed garb is quite a conversation-starter when you dress up as this Hindu god.

Lord Shiva is definitely a fun costume to wear. He wears a caveman tunic, drop earrings, beaded necklaces and bracelets, and a snake necklace. He is also known for having long hair and bringing along a trident.

Lord Shiva is known by many names, but one of them is “The Destroyer” who creates, protects and transforms the universe. Part of his iconic look is having a serpent around his neck, which can be connected to mythology where one of the prime snake deities threatened to spread destruction across the seas, Lord Shiva saved the day by drinking the poisonous venom.

Check out these sites to learn more about Lord Shiva: 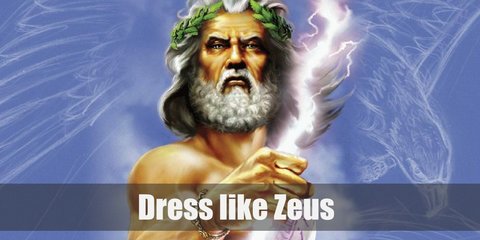 The Greek god Zeus costume is a Toga, a golden crown, golden gauntlets, a golden belt, and golden sandals. Russell Wilson’s costume is a dark blue shirt, dark denim pants, highlighter green sneakers, and lots of cardboard and construction paper.
Some of the links may be affiliated. When you buy through our links, we may earn small commision. Read Full Disclosure. Thanks for supporting us.