How to Make Loki Costume 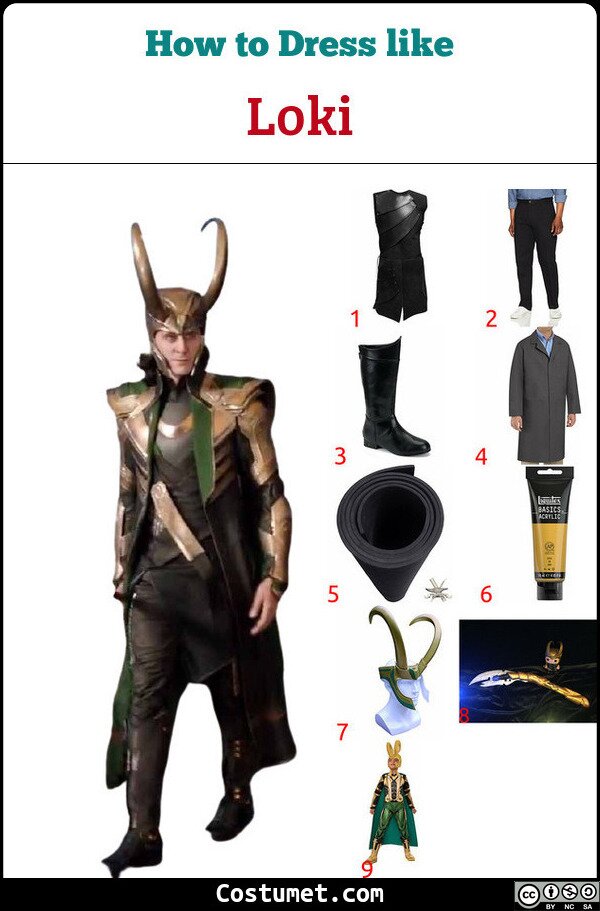 Loki, God of Mischief, is the younger adoptive brother of Thor, Son of Odin, God of Thunder. Growing up, he felt like he was living in the shadows of his brother and became bitter (though he loves his brother very much). Loki’s fragile ego was one reason why he was easily ensnared and made a villain by those around him and himself.

Loki’s outfit is majestic and powerful in his own right. He wears a black top, black pants, black knee-high boots, and a green and gold open jacket. He also wears a gold, long-horned helmet and has a scepter.

Loki was portrayed by Tom Hiddleston for the entire Marvel Cinematic Universe franchise, including the Thor franchise and The Avengers franchise. Hiddleston is also known for his roles inKong: Skull Island, Crimson Peak, War Horse, and Midnight in Paris.

Check out these sites to read more about Loki and the other characters from Thor: