Sarah Sanderson doesn’t have terrifying or ridiculous look like her older sisters because she’s known for her beauty. But she shares with them her ancient style of clothing. Sarah has beautiful wavy blond hair and a Gothic-styled makeup.

She also has a lot of rings and a gold necklace. Her outfit includes a red medieval gown and a long purple cloak. To recreate her charming, follow our list of items down below!

Sarah Sanderson, famously portrayed by a well-known American actress Sarah Jessica Parker, is one of the main characters in a 1993 American fantasy-horror film Hocus Pocus, which is the movie about the battle between the three youngsters and three powerful witches who are resurrected after three centuries of death and now hungry for revenge.

Sarah, the youngest sister of all three witches, is extremely flirtatious and enjoys “playing” with people, men in particular, with her sadistic sense of humor. Her charisma is arguably a very powerful and dangerous witch because she’s able to charm people, especially children, and lure them to their doom with her beautiful appearance and siren-like singing voice. 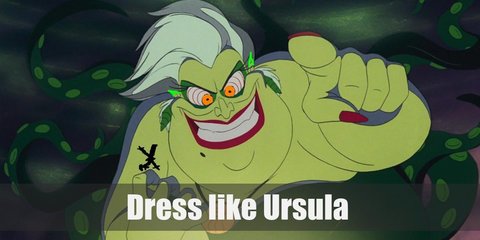 Winifred Sanderson has big front teeth and fiery red hair, which she wears in a curled bouffant style. In contrast with her red hair, Winifred wears a medieval greenish gown.

Max’s costume is a blue sweatshirt, denim pants, and a bomber jacket. Allison’s costume is a white sweater, a beige cardigan, and denim jeans.
Some of the links may be affiliated. When you buy through our links, we may earn small commision. Read Full Disclosure. Thanks for supporting us.