How to make Mavis Dracula Costume 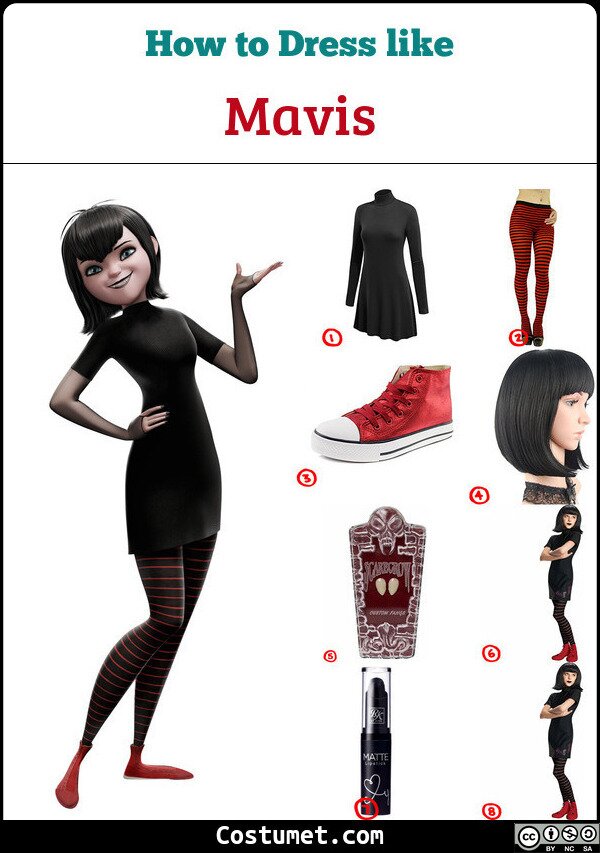 Mavis is the daughter of Dracula, and she has led a very sheltered life because of her overprotective father. The start of the movie marks her becoming an adult (at 118 years old).

She wishes to become more independent and to go explore the world outside Hotel Transylvania. Mavis, unlike the stereotypical vampire, is very gentle and compassionate. She even cares for the fake humans who want to supposedly hurt her.

But even if she’s kind and un-vampire like, Mavis outfit is definitely gothic in nature. She wears a pretty black turtleneck dress, black and red-striped leggings, and red sneakers. Here’s everything you need to look like Mavis.

Mavis Dracula was played by Selena Gomez. Recently, Gomez is more known as a music artist but she started her career as Gianna from the children’s show, Barney.

Check out these sites to read more about Mavis and the other characters from Hotel Transylvania: