Ted Mosby (How I Met Your Mother) Costume for Cosplay & Halloween

Ted’s style is very much true to his persona. He dresses like your typical geeky architecture professor, though he definitely managed to pull it off in his own way. The regular Ted Mosby outfit would be a button up shirt with a pullover sweater over the top, a pair of regular blue jeans, and a pair of work shoes that can either be dressed up sneakers or dressed down oxfords.

He is also seen often wearing a blazer over the whole look, which is most commonly either a brown corduroy or regular black blazer. Here’s what you will need to fashion your own Ted Mosby costume.

How to dress like Ted Mosby with DIY costume To finish off this look, as some hair gel to your hair and give it a spiked look on the front.

Ted Mosby is a great character to base a costume or cosplay off of. His wardrobe can easily be made to fit both men or women, and most items that are needed for this look are probably already in your closet!

Ted Mosby, played by Josh Radnor, is one of the most prominent main characters from the well-loved TV show, “How I Met Your Mother”. He is one part of the five gang group whom the plot of the show is mostly centered around. Ted is a very nerdy, caring guy and acts as sort of the “dad” of his friend group.

He is a very romantic and sensitive guy as well, which gets him into a lot of relationship trouble. That includes being left at the altar. He is a very intelligent character and throughout the “How I Met Your Mother” series goes from being a freshly graduated architect to a professor. 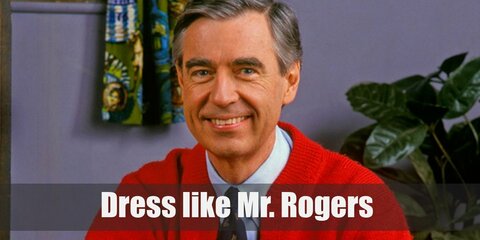 Mr. Rogers is well-known for his comfortable and casual wear. For this outfit, he’s wearing a light blue dress shirt, a black patterned tie, a red cardigan, blue pants, and blue sneakers. Barney Stinson (How I Met Your Mother) Costume

A typical Barney Stinson outfit would include a pristine suit, a pair of ridiculously expensive dress shoes, a lavish silk tie, and a crisp white button up shirt Marshall Eriksen (How I Met Your Mother) Costume Ted Mosby's Hanging Chad Costume (How I Met Your Mother)

To make a hanging chad costume yourself all you will need is a large poster board, a black marker, scissors, and some string.
Some of the links may be affiliated. When you buy through our links, we may earn small commision. Read Full Disclosure. Thanks for supporting us.