Jack (Into the Woods) Costume for Cosplay & Halloween 2022

How to Make Jacks’s Costume from Into the Woods

Cop Jack’s fairytale-ready look with these items below: 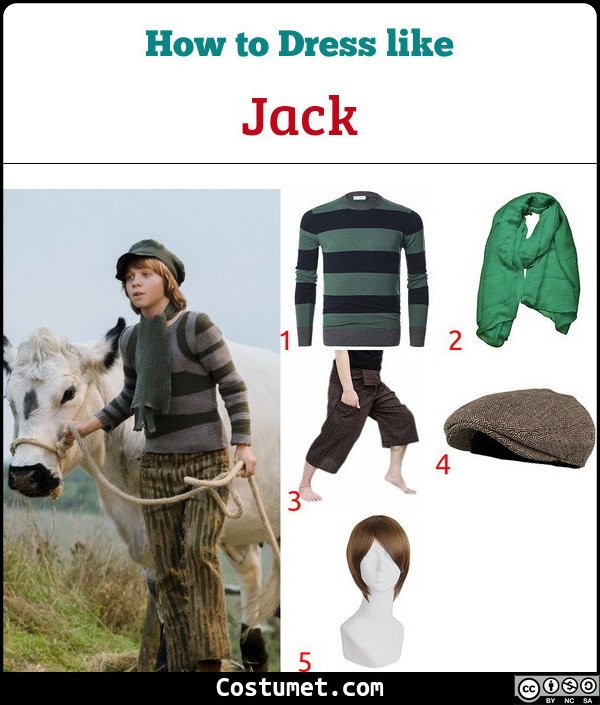 Like the childhood favorite tale Jack and The Beanstalk, the Into the Woods version of Jack is dressed in period attire of a peasant boy. He wears a worn striped gray and olive green sweatershirt and dark pattern pants. To match his palette, Jack also dons a green scarf and a vintage hat on his light brown hair.

Jack is a character from the fantasy film “Into the Woods”. Similar to the fairytale Jack and the Beanstalk, Jack from Into the Woods sells his cow in exchange for magic beans. In the movie, Jack is depicted as absent-minded and carefree.

He sells his cow named Milky White in exchange for five magic beans. His goal was to defeat the giant which he eventually succeeded in doing. The film follows Jack and the other protagonists in their journey to defeat the string of enemies and their moral battles.