Nazgul / Ringwraith (Lord of the Rings) Costume for Cosplay & Halloween 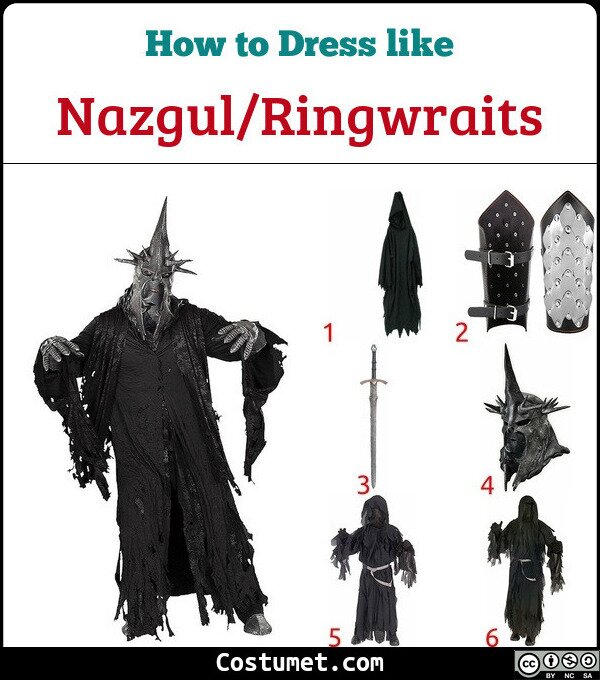 The Nazgul (also called Ringwraith and Black Rider) are some of the most formidable servants that Sauron has. They were once nine mortal kings who were give Rings of Power and were ensnared by Sauron for all eternity. The Nazgul are feared because of their aura of terror, which renders everyone near tthem terrified and weak.

Another terrifying thing about the Nazgul is their appearance. Though their outfits are simple, they are successfully intimidating. Nazguls wear a long black hooded robe. Their arms are blackened, their faces (rarely seen) are deathly pale and sunken, and they are usually armed with a long sword.

Check out these sites to read more about Nazgul – Ringwraith – Black Rider and the other characters from Lord of the Rings: