How to Make a Grim Reaper Costume 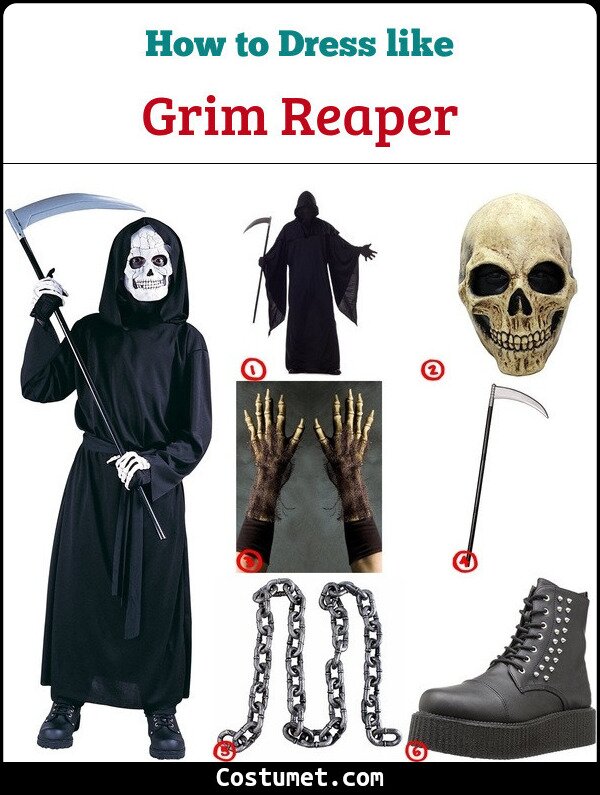 The grim reaper costume should be very dark and scary, but can be also made to look stylish while also being horrific.

Other cool items included in this grim reaper costume are a pair of gloves that can make your hands look decayed and perfect for a grim reaper. Boots are another part of the costume that, though may be covered by the robe most of the time, should still be edgy and cool, like the ones included in the costume.

About the Grim Reaper

Some even argue that he is the actual god of death. He appears most times as a man, but in rare instances as a women. However, he is always draped in black and carrying a scythe. The Red Death costume comes with a red top and loose pants coordinates as well as a red cape with vintage puff sleeves. Complete the look with black shoes and a red cap. Don't miss the skull mask, too!