The unicorn is one of the most famous mythical creatures of today. They are always thought to have magical powers and are symbols of gentleness and purity. In modern times, unicorns are also popular symbols of the youth and fun. They are closely associated with rainbows in this regard.

How to Make Rainbow Unicorn Costume 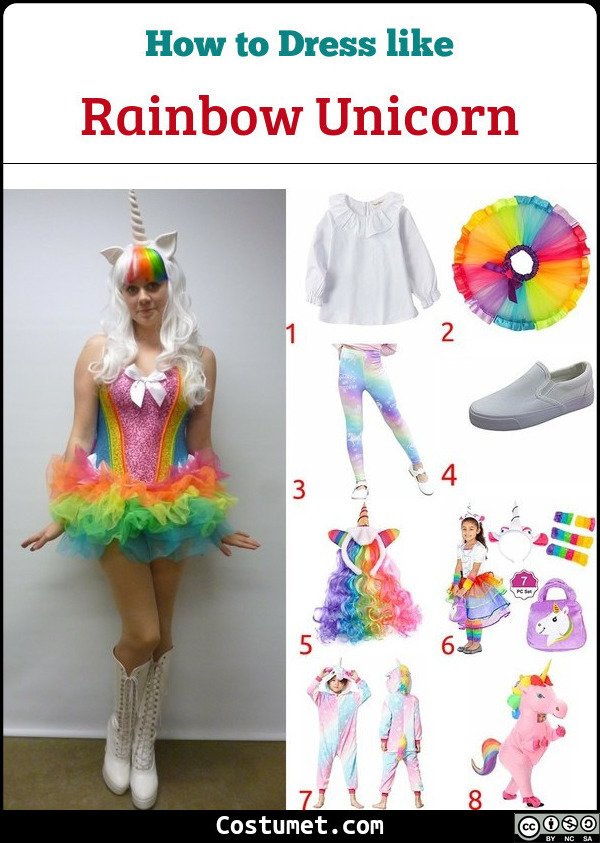 The idea of the existence of unicorns has been around since the age of antiquity. While they are considered mythical creatures, they are not found in the Ancient Greek mythology. Instead accounts of unicorns can be seen in Greek natural history of the time since most Greek writers believe that unicorns exist in reality.

Check out these sites to read more about rainbows and unicorns: Pinata costume can be recreated with a cute unicorn hoodie decorated with hanging ribbons all over.

This fun two-man horse costume includes a costume set that fits one person (standing) in the front part of the costume consisting of the head and front legs, while another one crouches with the tail and back legs.
Some of the links may be affiliated. When you buy through our links, we may earn small commision. Read Full Disclosure. Thanks for supporting us.