How to Make Mrs. Doubtfire’s Costume

Sweep looks from your next party with this Mrs Doubtfire costume: 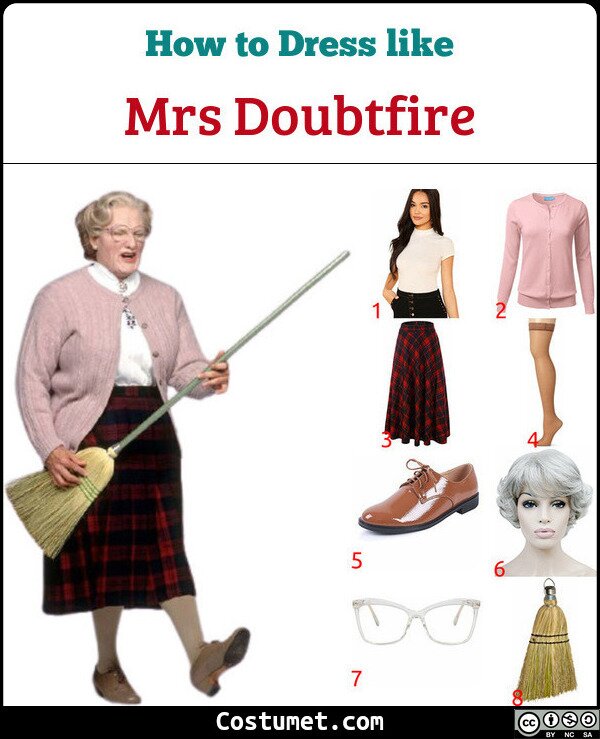 To rock Mrs Doubtfire’s costume, you can get a white shirt then top it with a pink cardigan. Then you can pair with a red and black tartan skirt. Cop skin-tone stockings and brown brogue shoes to wear as well. You can complete her nanny costume with a white wig and a pair of eye glasses. Get you broom to keep the look close to character!

Mrs. Doubtfire is a film that follows the story of a father named Daniel Hillard. He was divorced by his wife for having no stable job. He is a talented voice actor and used it to his advantage to apply as a nanny in his family’s home. His children later on found out that he is cross dressing as a woman to work as their nanny. Ruby Rhod's all-leopard print can be recreated with a printed stole and pants with matching shoes. Complete the costume with a sceptre and a blonde wig.