Norman Bates was a shy and sensitive man who is incredibly close to his mother. He murdered his father during his childhood but forgot all about it. His mental illness leads him to do a series of dastardly acts without remorse.

Norman is famously known for wearing his mother’s dress while holding a knife in the 1960 film. He is also known for his smart and proper attire in Bates Motel which consists of a collared blue shirt, a knitted blue sweater, and khaki pants.

Norman Bates was portrayed by Anthony Perkins in the 1960 Alfred Hitchcock film, Psycho. Perkins is also known for his roles in Friendly Persuasion, Napoleon and Josephine: A Love Story, and Crimes of Passion.

Norman Bates was portrayed by Freddie Highmore in the television series, Bates Motel. Highmore is also known for his roles in Charlie and the Chocolate Factory, Finding Neverland, The Art of Getting By, and The Good Doctor.

Check out these sites to read more about Norman Bates and the other characters in Psycho and Bates Motel: 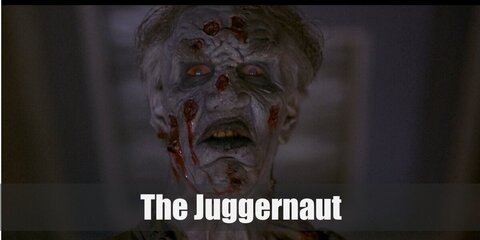 Cut a set of pajamas to look rugged then put bullet wounds all over the body to rock The Juggernaut's costume.