How to Make Zardoz Costume 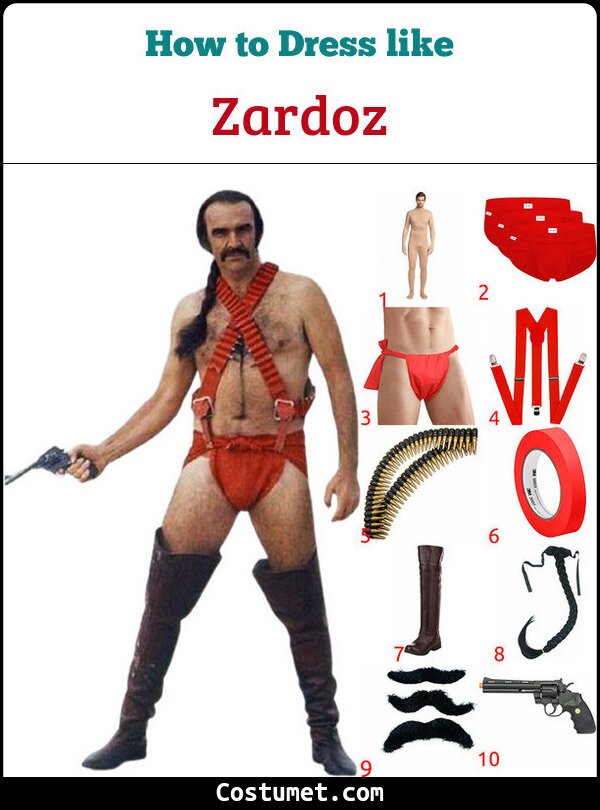 Zardoz is a 1974 sci-fi fantasy film where Sean Connery portrays Zed who lives in a post-apocalyptic world that worships the stone-god Zardoz. Zed is someone who refuses submit to the status quo of having to kill his fellow Brutals and embark on a journey to take down the Eternals.

Zardoz was portrayed by Sean Connery. Connery is also known for his roles in The Untouchables, The Rock, Dr. No, and Thunderball.

Check out these sites to read more about Zardoz and the other characters from Zardoz: