How to make Charlie Brown from Peanuts Costume 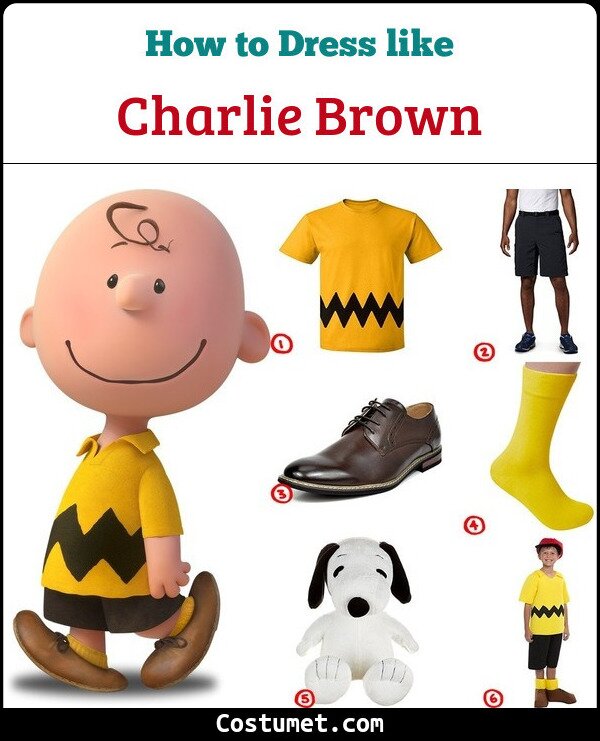 Charlie Brown is everyone’s favorite 8-year-old boy. He loves baseball and actually manages a team. He’s gentle, friendly, and all around lovable. In fact, he loves shouting really motivational stuff to his teammates. He is also very patient (if not a bit exasperated) with his friends, even when they’re bullying him.

Charlie Brown’s favorite outfit is now as iconic as he is. He loves wearing his yellow shirt with a black zigzag pattern on the bottom, black shorts, yellow socks, and brown Oxfords. Here’s everything you need to look like Charlie Brown.

Since 1963, Charlie Brown has been voiced by over 32 actors. One of the most recent being Noah Schnapp in the 2015 film adaptation, The Peanuts Movie. Schnapp is also known for his role as Will Byers in the Netflix series, Stranger Things.

Check out these sites to read more about Charlie Brown and the other characters from Peanuts: Gregory's costume consists of a white long-sleeved top with a black ribbon. You may wear a short coverall, long socks, and blacks shoes. You may carry a frog plush toy and a lightweight kettle on your head.
Some of the links may be affiliated. When you buy through our links, we may earn small commision. Read Full Disclosure. Thanks for supporting us.