Ruth Bader Ginsburg was the first Jewish woman and the second woman to serve on the Court and has written many notable majority opinions in her career. She was a graduate of Cornell University and Columbia Law School (where she was one of the women in her class). Ginsburg was a firm advocated for gender equality and women’s rights, and is a well-respected figure in the United States.

While Ruth Bader Ginsburg does wear typical clothing, she is most known for her Court attire in her official 2016 portrait. She was wearing her black Court robes, green earrings, a thick necklace, black-rimmed glasses, and her hair on a bun.

Ruth Bader Ginsburg has been the Associate Justice of the Supreme Court of the United States from August 1993 until her death in September 2020. Before holding the position of Associate Justice, she was the Judge of the US Court of Appeals, Columbia Circuit from 1980 to 1993.

Check out these sites to read more about Ruth Bader Ginsburg: 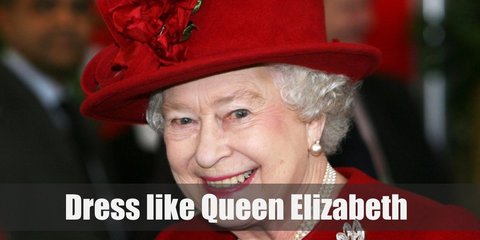 Queen Elizabth costume is tailored coat dresses and is often seen wearing them in full color. She pairs these with sensible loafers, gloves, stockings, and a matching hat. Susan B. Anthony’s costume involves a black dress styled with removable collar and cuff. Then finish it with your hair in a bun and with black shoes.
Some of the links may be affiliated. When you buy through our links, we may earn small commision. Read Full Disclosure. Thanks for supporting us.