Quirky and energetic are traits you want your fitness coach to have if you want to stay super motivated during your weight loss journey. Good thing Richard Simmons has both and that is probably why he’s TV show and gym became so successful.

Like his outlandish behavior, Richard Simmons outfit is also as peculiar. He prefers to wear a red tank top, candy-striped dolphin shirts, and red sweatbands. Don’t forget his unforgettable afro hairdo! Here’s everything you need to look like Richard Simmons.

Richard Simmons real names is Milton Teagle Simmons. He is an energetic and quirky fitness instructor and actor that had a regular show on TV called Sweatin’ to the Oldies.

Check out these sites to read more about Richard Simmons: 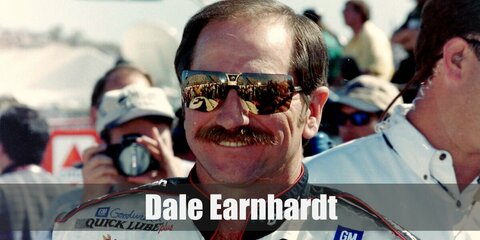 Dale Earnhardt's costume features his driving uniform with lots of brand logos. He pairs it with dark shoes, shades, and a well-kept mustache.